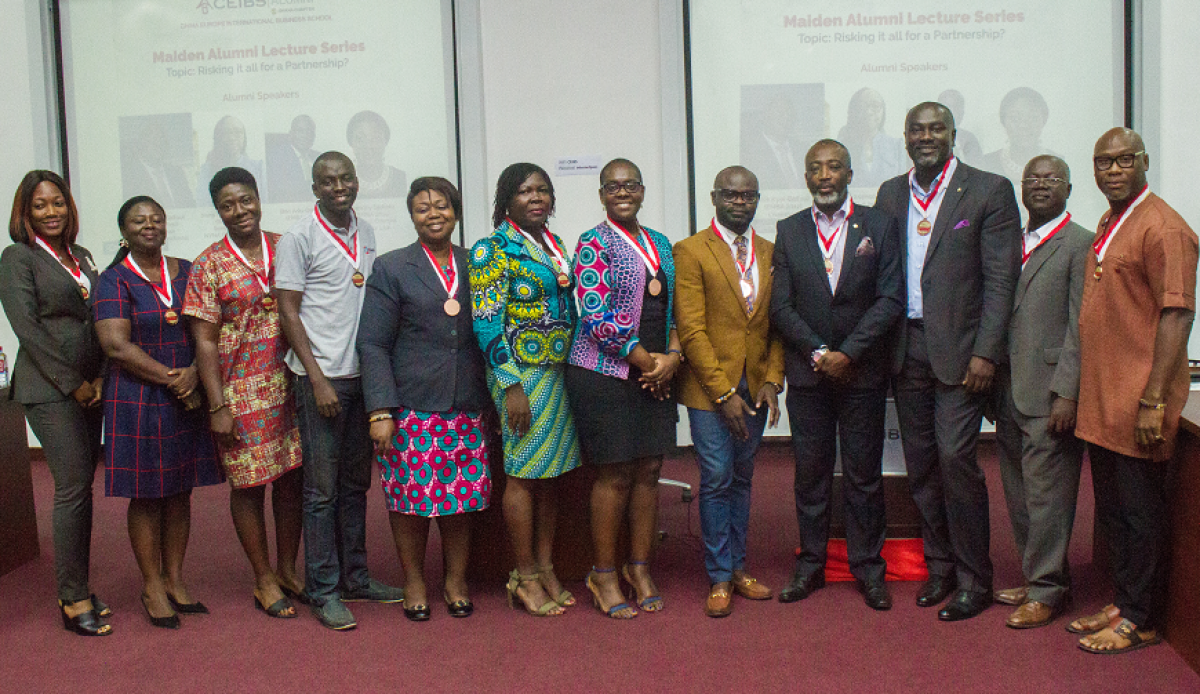 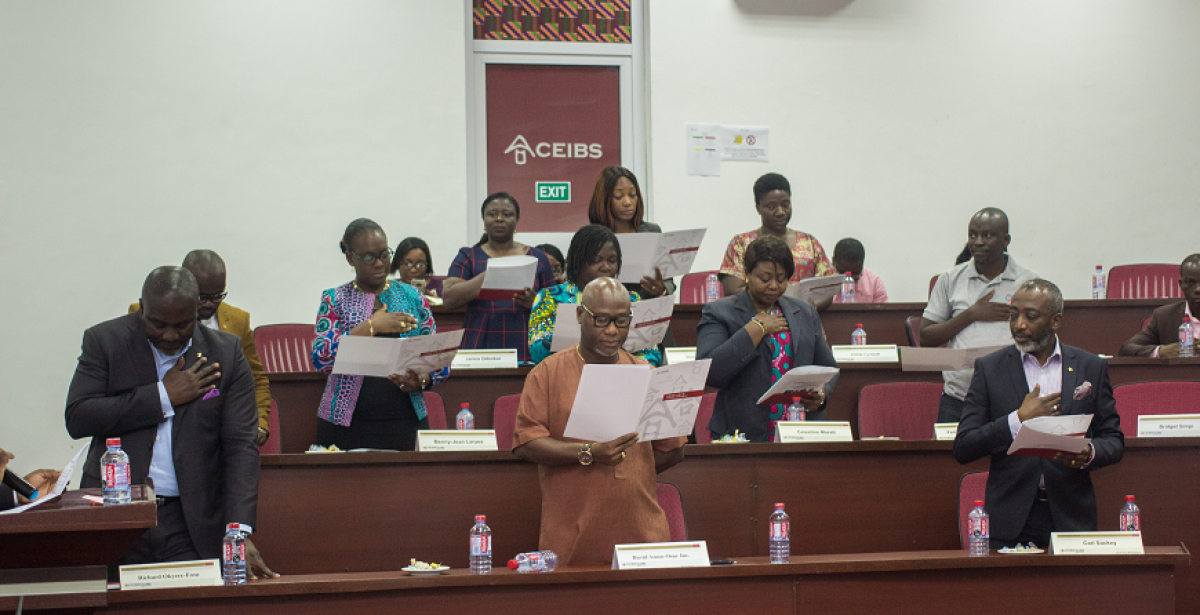 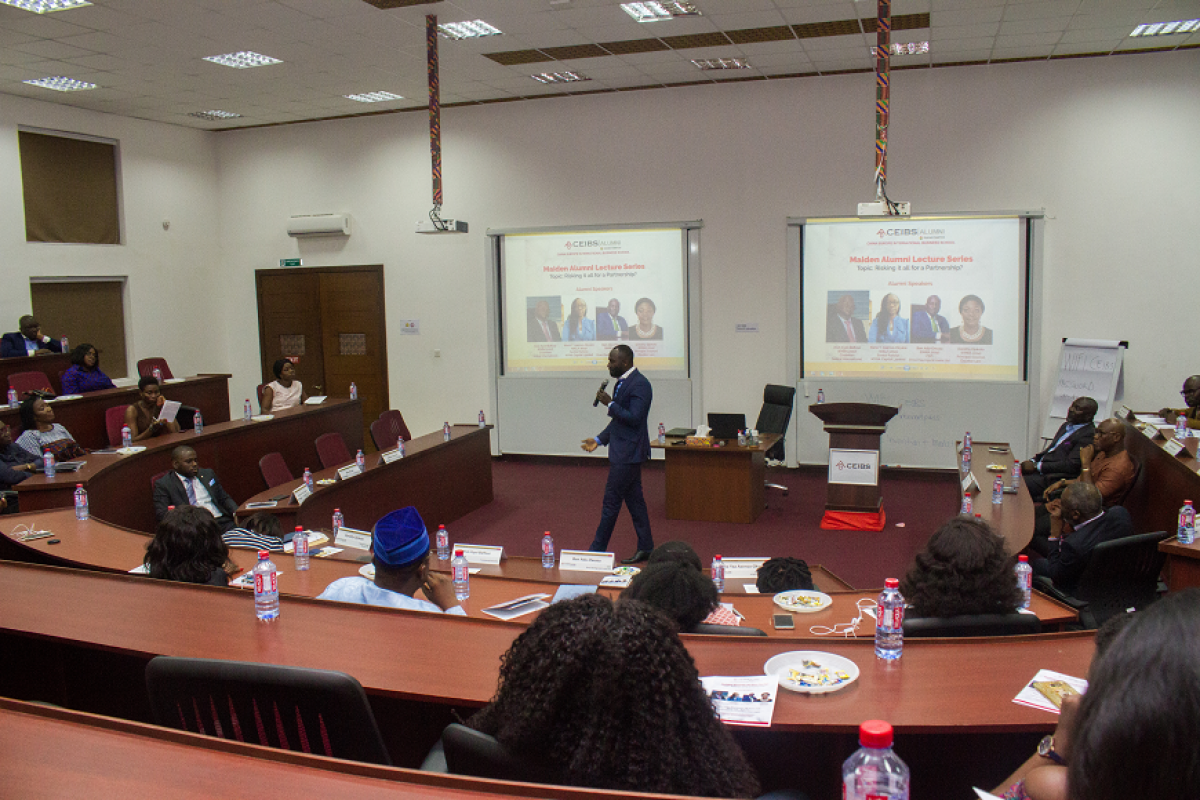 April 4, 2018. Ghana – The CEIBS Alumni Association Ghana Chapter today held an induction ceremony to officially welcome into office newly elected members of the Executive Council. This is the 2nd Executive Council to be inducted by the Chapter since its launch in 2014. The first was in office from 2014 to 2017 and the current one will be in office until 2021, three years during which it will steer the affairs of the Chapter.

The new executive is:

In his acceptance speech, Mr. David Ammo-Osae Jnr., who is serving a second term as President, thanked the Chapter for the support they have given his team over the years and promised to continue to work hard to lift the flag of CEIBS high in Africa. He also spoke of the importance of the support provided by the school. “Let me express my gratitude to the school for its immense support to the Chapter. Most particularly let me say thank you to Professor Mathew and Sam, our Alumni and Corporate Relations Manager, for the amazing work they are doing. We have great confidence in you and with the way things are going, I know we are heading for greater heights,” he said.

Mrs. Djokoto spoke on the legal perspective of partnerships in Ghana while the other speakers shared their personal experiences on partnership in business.

The evening ended with attendees networking over cocktails.